The wedding weekend day is always fun with a little bit of craziness mixed in! From a guests perspective it’s all wonderful, beautiful and so fun. That is totally what you want, happy guests.

The venue owner on the other hand gets to deal with the craziness part. Before we start to cover our wedding day, be sure you have read part one of our series: A Wedding Weekend – Start to Finish.  You can find that here.

The wedding party starts driving in around 10:00.  Today the girls and the decorating crew are first on the scene and the guys are coming a bit later. I great them and help carry things to their room.

At this point I usually let them get settled in and then I’ll connect with them later to see if they need anything.

Decorating Gets Started: 10:45am

The girls head into their dressing room for hair and makeup while the décor crew gets to work. There are about six: bridesmaids and mothers of the bride and groom. The bridesmaids will come and go between hair, make up and dressing.

Let’s just stop here for a moment. I’d like to mention that I have not seen this amount of creative decorating, ever. They found things I didn’t even know I had and used them in err, well, did I mention in creative ways?!

As a side note, I decided to purge big time after this event. I never wanted to see those items used again.  I usually go through things at the end of the year, but I missed those items. OIY ):

They also requested a pathway made with shepherd staffs to direct guests as they came into the venue. Now while this sounds nice it just doesn’t work; plus, it looked out of place and err, um, well it was just more creative decorating.

At some point we stopped trying to tell them what they did not want to hear, and just obliged.

We did decide that this would not happen again. We have to dodge the underground sprinkler system pipe when putting stakes or rods into the ground. That is a true statement and a great reason for not allowing anyone to drive things into the ground.

When it’s Your Venue

And, it is our venue and we can make the rules. We are very accommodating here, but sometimes the answer is just no. Most people are very understanding.

Next, as I recall, it was a rather windy afternoon. I always put two table clips on each table to keep the linens in place in the afternoon breeze. However, this was a very windy day and the tables could have used three clips. In hindsight, I wish I had added three clips to each table. I found out later the decor crew had their own remedy to keep the linens down. They could have come and asked me for more clips, but no!

They put tape underneath the table linen in an effort to keep the linen on the table (which didn’t work by the way). I found this out later when we were putting the tables away. We kept finding white tape on the tables and I couldn’t figure out why.

We didn’t figure this out until all the linens had been removed from the tables and were in the laundry bag ready for drop off at the cleaners. You can’t have tape on the linens when you send them out. So, I dumped them all out and looked over each one. Then they were re-bagged.

Back to the decorating crew.  Near the end of the decorating extravaganza, I also overheard them trying to decide if they should use safety pins to attach a banner to the head table linen. Lucky I was within ear shot and I said, “That is not a good idea, but you could use a little tape. Safety pins can leave a hole in the linen.” Yikes!

We had to be on our toes this weekend wedding day. This crowd was determined to use every piece of décor I had on the premises. There were places decorated that have never been decorated before.

I’ll tell you what though, they had so much fun! ? It had to be just right. This décor crew was on a mission to do their job and do it well.

About 12:00 noon, the photographers arrived and started taking photos. This duo had a drone! Before he could fly this drone he had to check out flight patterns at the local airports. It must have been a fancy one.

As the wedding party was being photographed, the girls anyway, the groomsman arrived and started getting dressed. Hubby Les always checks in with the guys to make sure the air conditioner is on in the cottage and if they need anything. All is well.

Photos are in full swing with everyone. The first look has taken place and now its family photos. The grandparents have arrived and are seated in the shade waiting for their name to be called.

I love talking to the grandparents and anyone else who wants a quick chat. They appreciate it when you can take a moment to answer their questions.

They usually ask questions about flowers, the old log cabin, the vegetable garden and numerous other things. I think it makes the atmosphere more inviting and calm when we take time to visit.

This was one of those weddings where it was so busy it was hard to find time use the restroom! At my age, when you have to go, you have to go. So off I went.

The food arrived next. It was a self-catering affair so they had to get the steno heating set up and going. This family loved to cook so it was a feast.

We are always directing traffic on this day too. The guest count was supposed to be around 175.  With that many guests, hubby estimates there will be 65 to 70 cars. It’s important to maintain control and get cars in the right place as they arrive.

If you lose control of the parking situation, it can become a nightmare. It’s not fun trying to find the owner of the car later. Asking someone to move their car is not as efficient as catching them as they come in and getting them in the proper place.

The drape on the pergola needed constant attention because of the wind. The parent in charge of food needed a knife, the DJ needed something and on and on it went.  The last hour before the ceremony I was helping hubby Les in the parking lot, while still running errands in the yard for people. Did I mention it can get crazy?!

On a weekend wedding day, I switch into high gear… let’s call it wedding mode.  Everyone seems to need your attention so you go from one thing to the next. You learn to problem solve on your feet and move through the day in what’s usually a fast pace.

Well, this post has gotten way to long. Goodness! There will now have to be a Part 3.

I’ll address the ceremony and clean up in the next post.

I have lived out starting a venue from scratch; let me help you get started. My eBook How To Start And Run a Wedding Venue- In Your Own Backyard will give you a genuine perspective on this subject. Feel free to check it out!

Death to my Clematis My beautiful clematis that has adorned my ceremony pergola for the last few years is – DEAD. Last year in September it looked like the photo below. It… 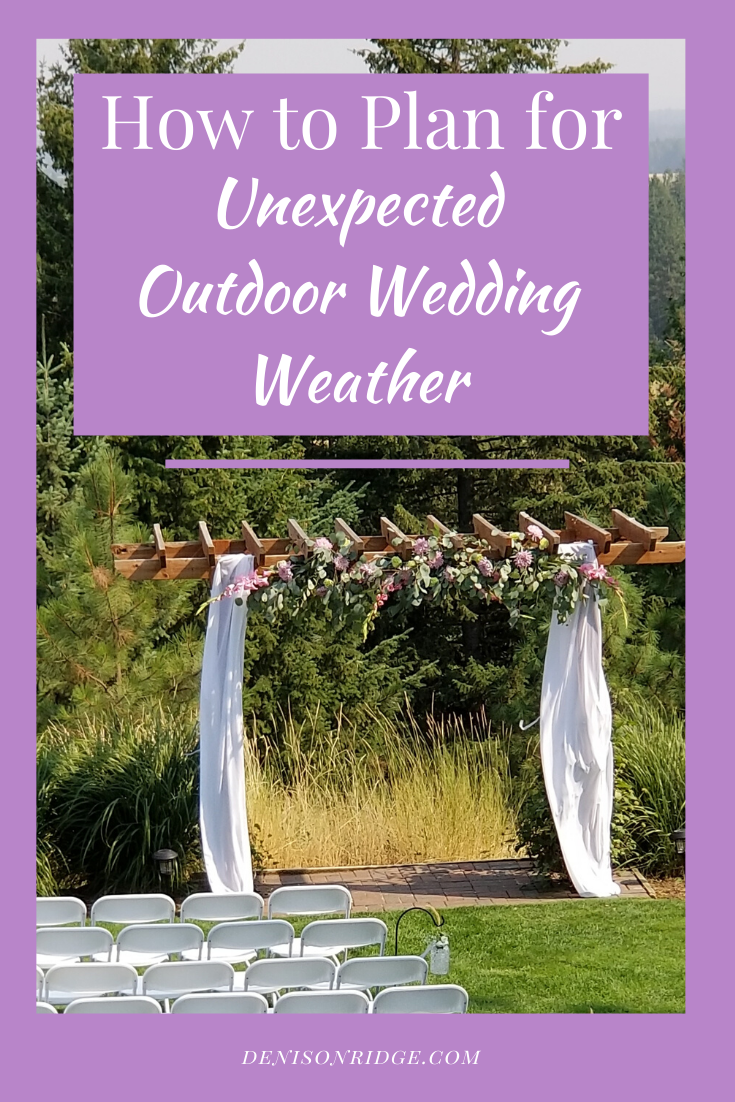 Will there, or won’t there, be unexpected outdoor wedding weather, on wedding day? Everyone wants the beautiful, no rain or wind on wedding day, and why not? However, you know as well… 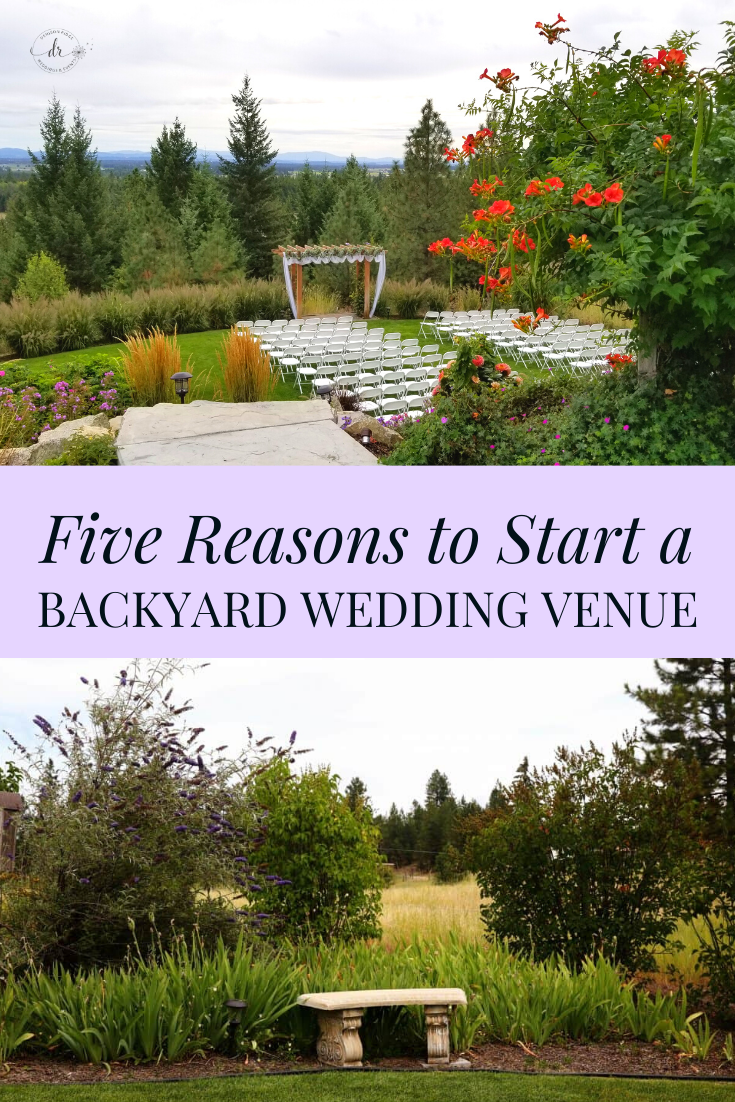 There are way more than five benefits of owning your own backyard wedding venue.  Today though,  I’d like to tackle five. Teaching children responsibility: We have four children, by the time we… 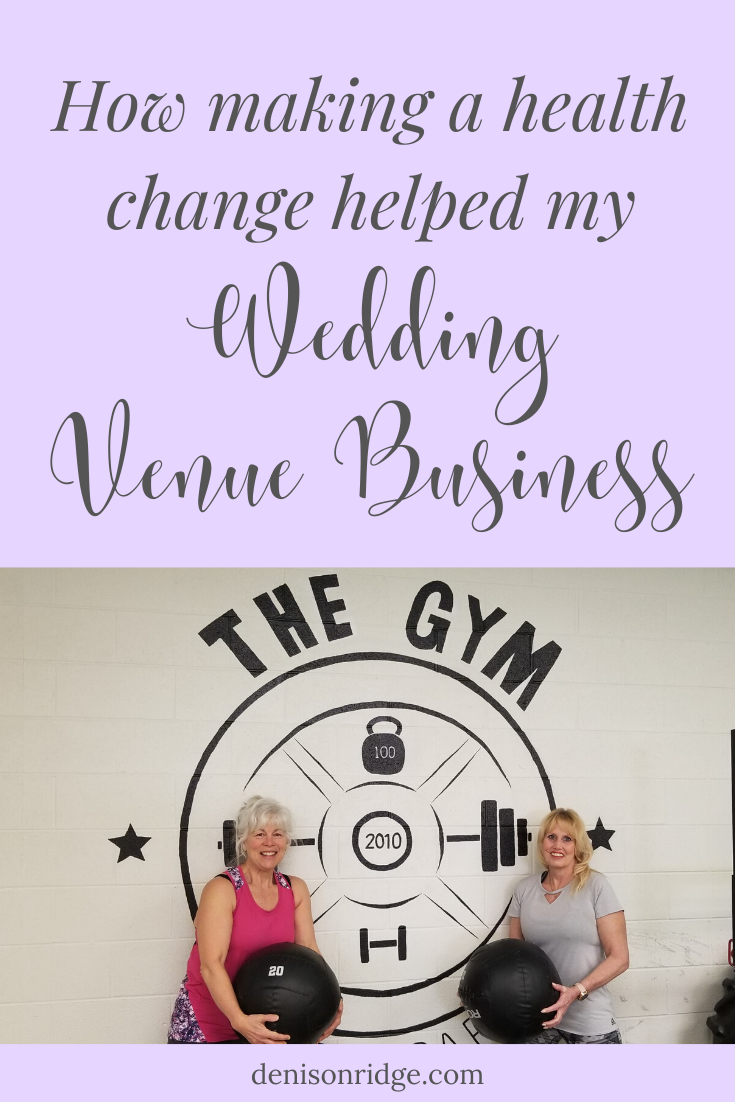 How can a health change be good for my wedding venue business? Everyone knows that health plays a very important part in how we live our life. Good health makes everything easier,… 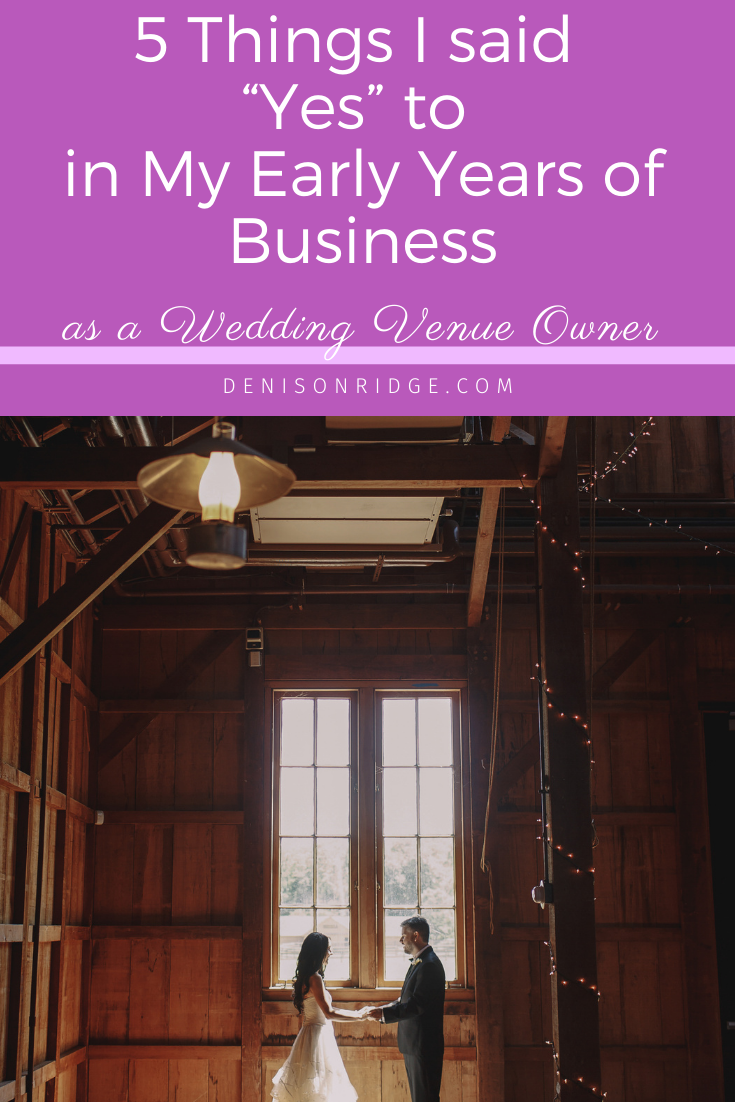 While saying “Yes” to certain things will be right in the beginning stages of business, later you might want, or need, to say no! When you first start your wedding venue business… 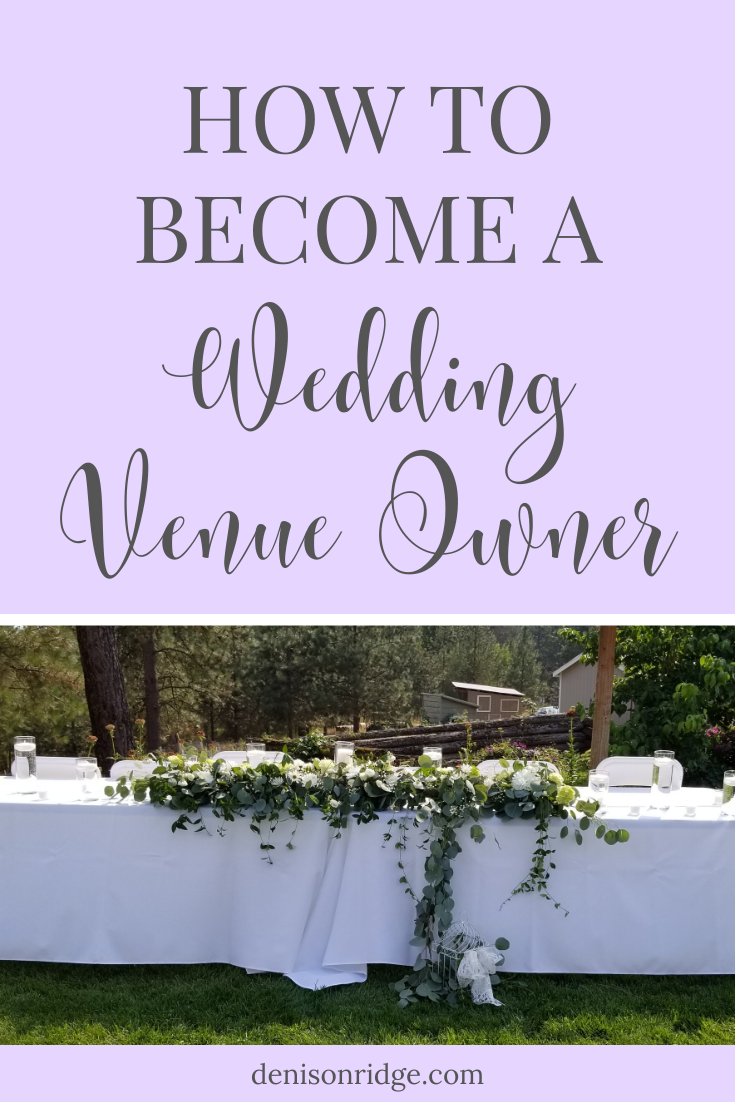 Becoming a wedding venue owner can be exciting in so many ways!! You work in the wedding industry where beauty, style, and individual uniqueness abound. Professional vendors in all fields will be…