My educating failure happened because I should have said no and meant it, instead of being wishy-washy. I know failing is a part of life, but I sure do not like it when it’s part of MY life. It makes me feel icky and sad. That naughty voice in my head starts taking over and a bit of depression sets in too.

My advice:  Don’t be pressured into doing something you don’t want to do. I’ll be honest, I start thinking with my heart in some instances, and agree to things that I don’t want to, and then tend to get upset about it. Saying yes to a request that you had previously said no to, will likely make you feel the same way. Let me share my story.

I have a small kitchen area in the wedding preparation room at our venue.  My venue policy states the oven is not to be used. You may self-cater, which means you can bring in your own food already prepared but you must provide a way to keep it warm. I do not have an industrial kitchen so food prep and cooking on site is not an option. The oven cannot handle baking or cooking for 100 – 200 guests. Also, my little sink is not big enough for heavy duty washing which includes big chaffing pans.

At one event I was very clear that I would allow the oven to be used for warming only. The bride for this event was very sweet, really respectful and kind. What happened was the main dish (at least 3 big containers) that they had prepared earlier and frozen was put into the oven to reheat, not just keep warm.

Before the end of the evening, my oven was swimming in grease! The whole point of not using the oven for cooking is that I do not have time to clean it. I know I could have charged a cleaning fee, but like I mentioned before, she was so sweet and I know they didn’t have extra money.

I later found the clean-up crew washing the chaffing dishes in my little sink, and that was the last straw. There is even a sign on the wall behind the sink that states, sink for light duty only. They could tell I was upset and I think without saying much I made them feel bad too.

When I finally recognized my failure in this situation it was way too late to change it. I said yes when I should have said no, and it went downhill from there. I thought by allowing the venue oven to be used for warming I would be helping. It wasn’t warming however, it was baking. Then it was washing and clean-up of large chaffing pans.

I hope by sharing “My Educating Failure” you can avoid some frustration at your own venue.

Stick to your policies

If I just would have stuck to the policies that are in our contract there would not have even been an issue. The policies are there for a reason.  However, they won’t work if I do not follow them.

If you make an exception

Choosing to make an exception opens all kinds of doors. Do you really want to go down that aisle? Do you have the extra time to commit to this exception if things go awry? Remember, you can’t blame others if you consented.

But that wasn’t how it was supposed to happen! Of course it wasn’t, but it did. Handle it nicely and be kind.

It’s a given that we need to post clear instructions in appropriate places. Most of the time this is sufficient and guests will ask if they have a question.

Yes…sometimes an apology is needed. I made sure the bride in this situation knew that I was not mad at her or anyone else.  I took full responsibility for not following my own policies from the beginning.

My educating failure has helped me stick to my policies.  If I say yes when I should say no, I have no one to blame but myself.

I love the quote by Henry Ford:

“Failure is the opportunity to begin again more intelligently.” 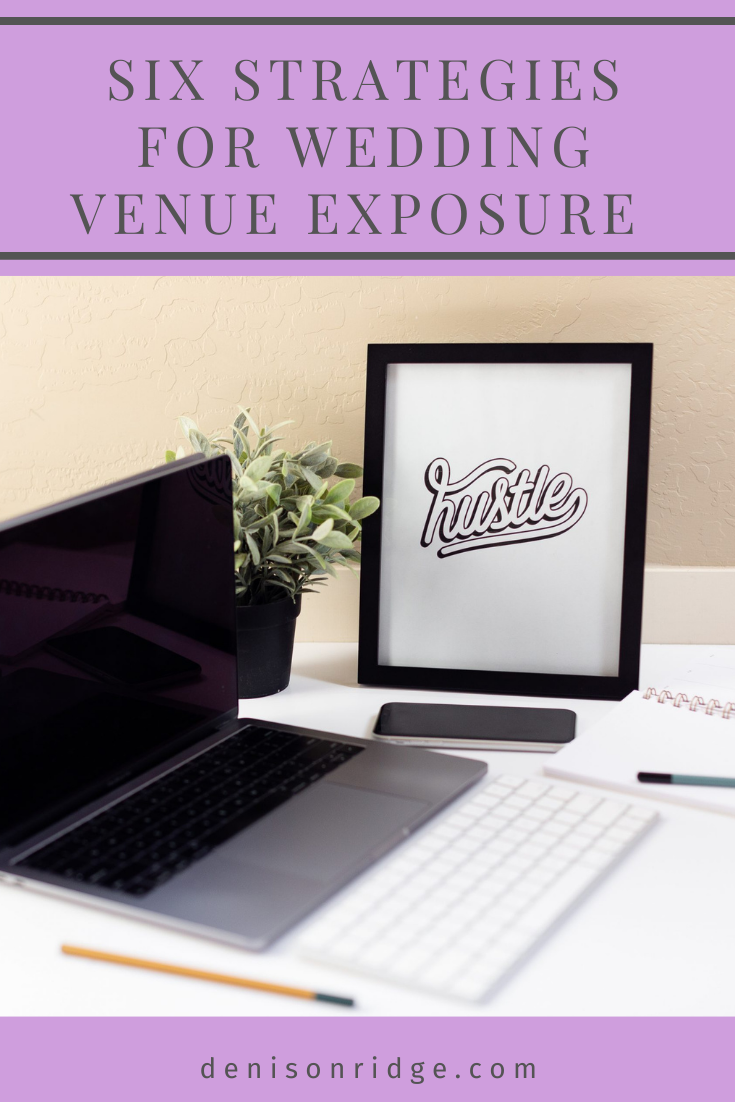 Six Strategies for Wedding Venue Exposure Everyone knows marketing is necessary in business; it’s how clients find us. The more places we pop up, the better it is for business. But, strategies… 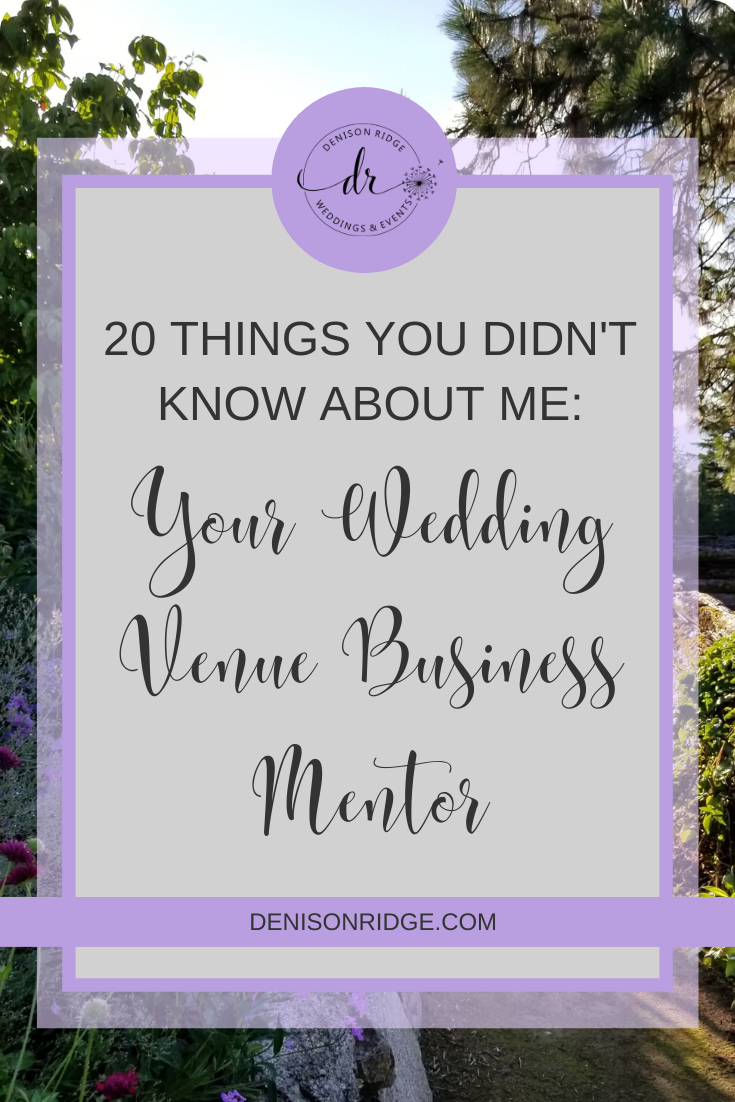 I turned 60 in September so I decided to answer a third of my years in questions. 20 questions should be plenty I think, to get to know me better! 1.Have you… 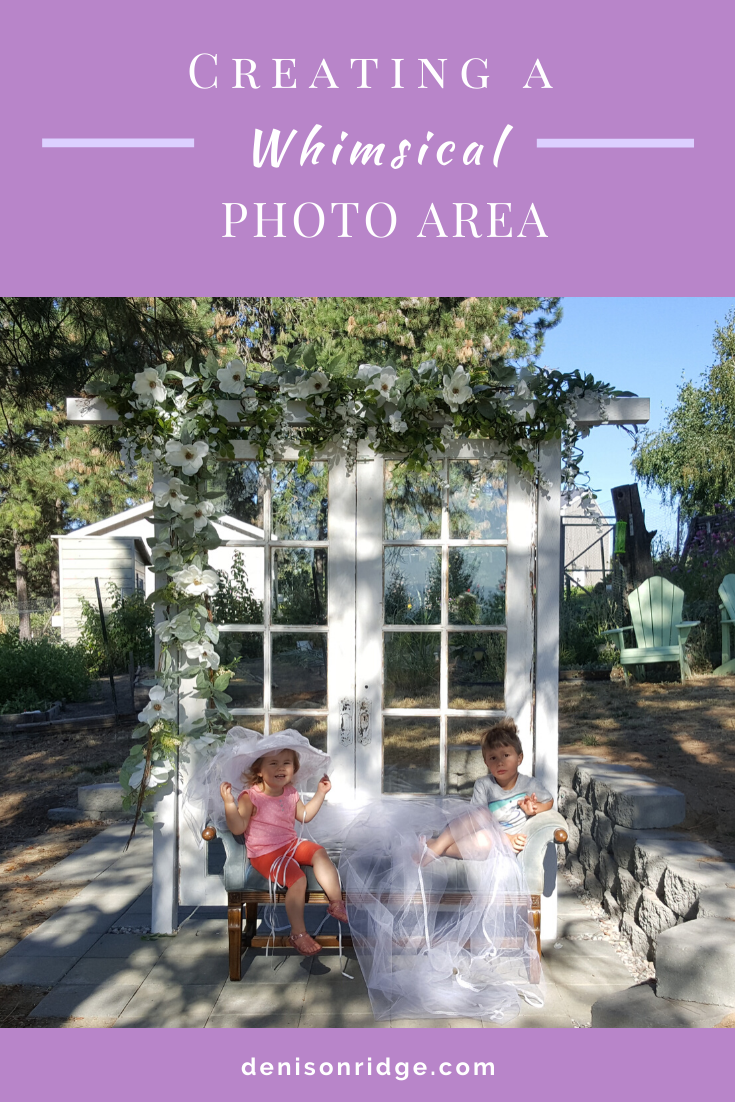 Creating a Whimsical Photo Area Projects are a given when you own a wedding venue in your own backyard, it can’t be helped. The creative side of me see’s things that I… 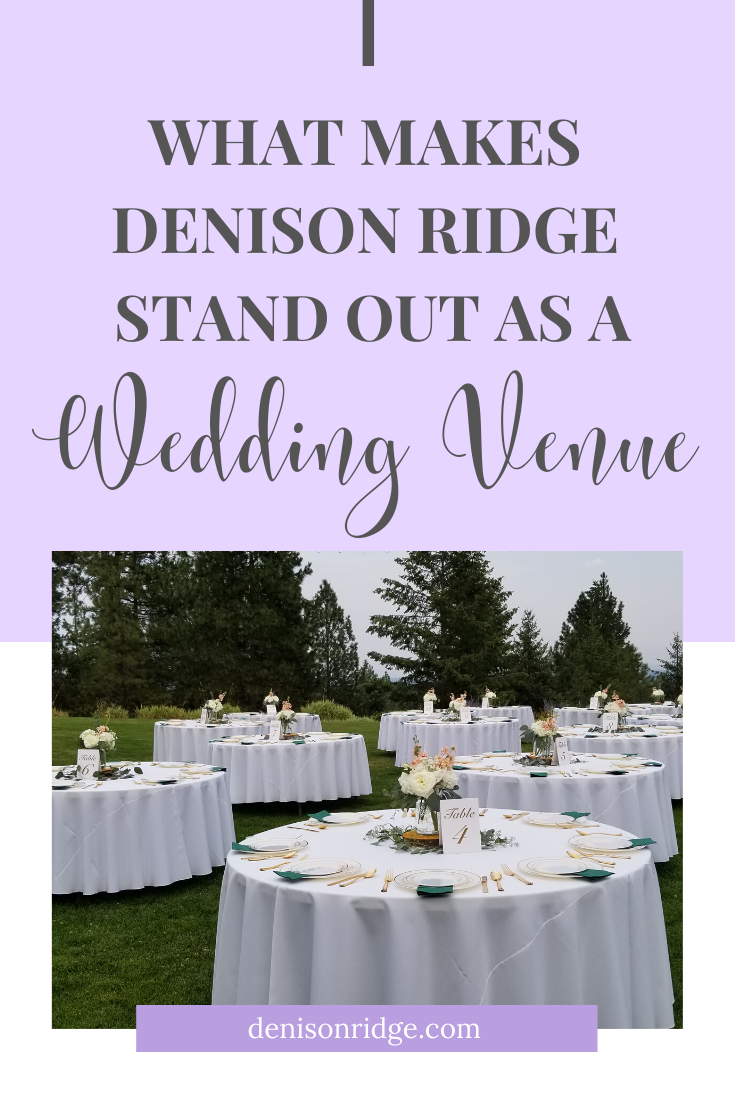 There are so. many. beautiful venues! What could possibly make Denison Ridge Shine among the masses? That my friends is the question. Its my belief there are so many because we are… 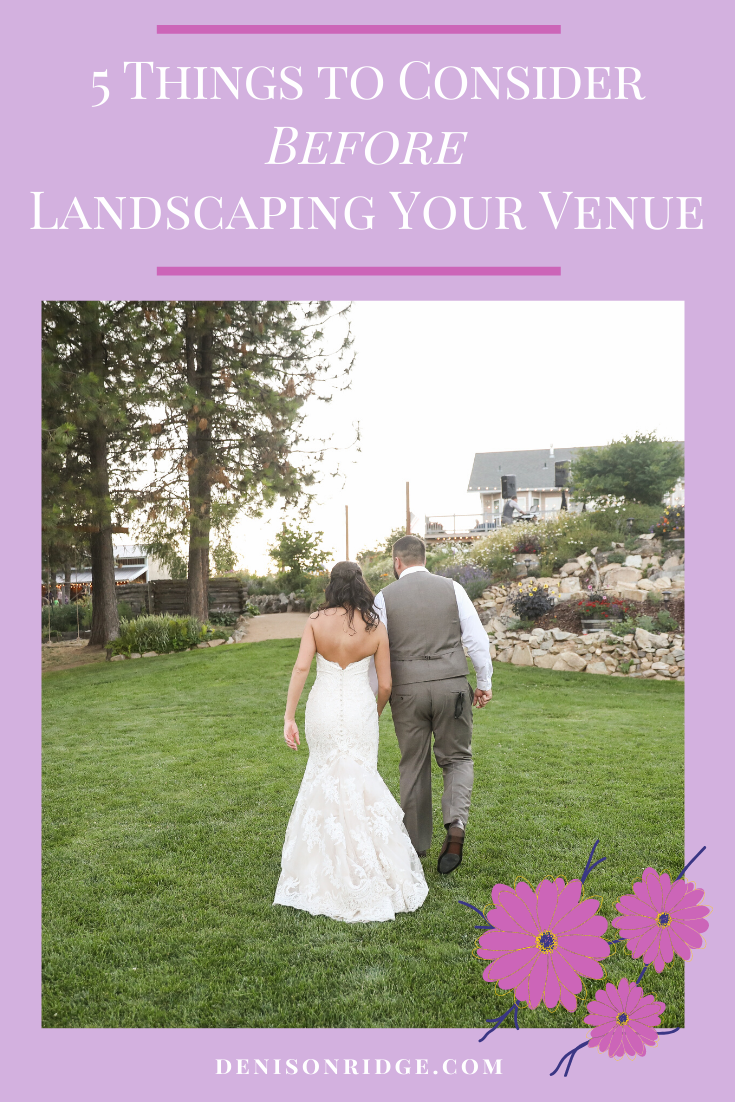 Denison Ridge was thought out carefully, after, we made the decision to make our backyard into a wedding venue. I knew that landscaping would play an important role in a brides venue… 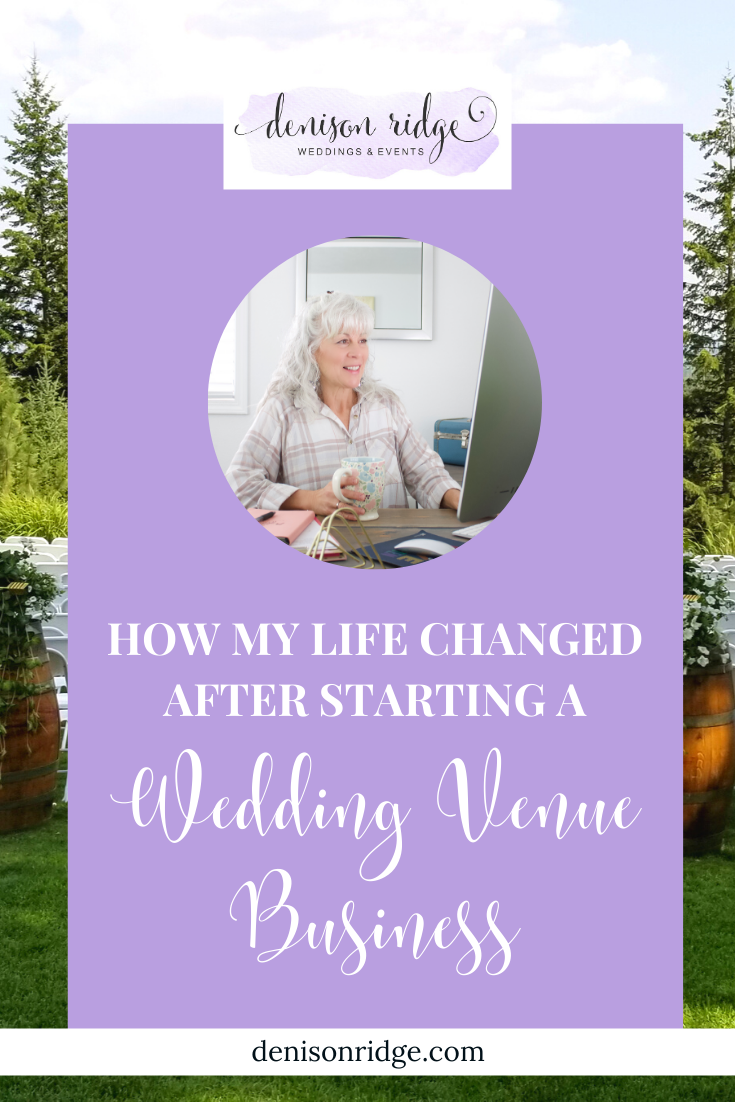