When the county Sheriff drives into the venue parking lot on wedding day it becomes obvious that something has gone wrong! This is not an everyday occurrence. Everything is moving along fine and then the unexpected happens. A sheriff’s vehicle is noticeable to everyone. Suppose this happened on wedding day? How would you handle the situation?

Steps had been taken to ease the transition that the neighborhood went through when we opened the venue on our property. Signs were painted to set by the road each wedding (and then removed) to ask people to “Slow down Please”, along with oiling the dirt road in places for dust control. Our family also makes sure the garbage is picked up on the roadside whether it is wedding related or not.

This incident happened on a year that the forest fires were out of control and campgrounds were being evacuated for personal safety reasons. As far as we could tell the neighbors had to make a hasty trip home from camping because of this. They were not happy. Apparently, they felt someone on the road to the venue had done something wrong and should be reprimanded for it?!

What happened next is just inexcusable. They drove up to the venue, jumped out of their vehicle and proceed to verbally abuse my husband and our guest with very unkind words, and that is a nice way to tell it. Noticeably intoxicated and out of control they started banging their fists on our guest car while they were in it!!

We have been friends with this neighbor for several years and have gone to neighborhood graduation and birthday parties where most of the neighbors were in attendance. This was a bit of a shock for my husband and son to encounter. We could only assume that they were angry for having to cut their camping trip short? Just plain mad that some strange person was on their road? Not their driveway people, the county public road.

I don’t pretend to know what was going through their head, but the actions were not appropriate for whatever the offence, or assumed offence had been. We have since made-up if you will? Things have gone back to normal, as if nothing had ever happened. I’m actually very grateful for this. I don’t do drama; we can and should be kind to one another if at all possible.

Here are 6 things I learned from this experience.

1. Call the sheriff’s dept. or police and file a report.

2. Be honest with the Sheriff; tell him how things went down.

We are a licensed business and the neighbors do not get to decide how to treat people who drive on the county road. We explained to him how we had oiled the road in front of their house, how we put up slow-down signs and pick up garbage on the road too. The Sheriffs comment was – who does that?! He was impressed with how we were trying to be kind by doing things that most people just wouldn’t. The Sheriff said he would go by their house and talk with them. We mentioned they were very intoxicated and had actually been firing off guns they were so mad. The maturity level when intoxicated is interesting.

3. We cannot control what neighbors will say and do, but we can show kindness in many ways, always.

My children as well as Les and I have done baby-sitting, house sitting, animal care, lawn mowing and much more for our neighbors. We had a new family move into the neighborhood this year. Meeting them for the first time, they mentioned that everyone in the neighborhood had such wonderful things to say about us! Now that is humbling.

4. Some neighbors will think they own the road and should police it.

We live on a dead end road and everyone knows each other. If there is a strange car going by it is very noticeable. I think doing some #3 suggestions will go along way to keep people happy.

5. Be nice to the neighbors even if they are not nice to you.

In this incident my first reaction was to get nasty like they had been. My husband and son were at the scene not me. He had never seen such a display of blatant anger and verbal abuse. There was a child in the back seat of the vehicle they were pounding on and they still used very horrible language. My first reaction was to just stop oiling the dirt road in front of their house each summer. The road oiling cost is over $1000.00 and we do it out of kindness. I decided that I did not want to play the tit for tat game and I sure did not want to act like them. We made the choice to continue the kindness even though they really did not deserve it.

6. It’s not impossible to mend a wrong that has been done.

Someone will have to make the first move. In this case it was me. Did they apologize? No, but they did let it go and we are okay again.

We never could have seen this coming! However, having our business license in place was a blessing. When the Sheriff came to the venue we were protected and in the right because of good planning. In reality it’s impossible to know what might come our way, but having our ducks in a row will always help when dealing with a disgruntled neighbor. Remember to be proactive, by being kind always.

Will there, or won’t there, be unexpected outdoor wedding weather, on wedding day? Everyone wants the beautiful, no rain or wind on wedding day, and why not? However, you know as well… 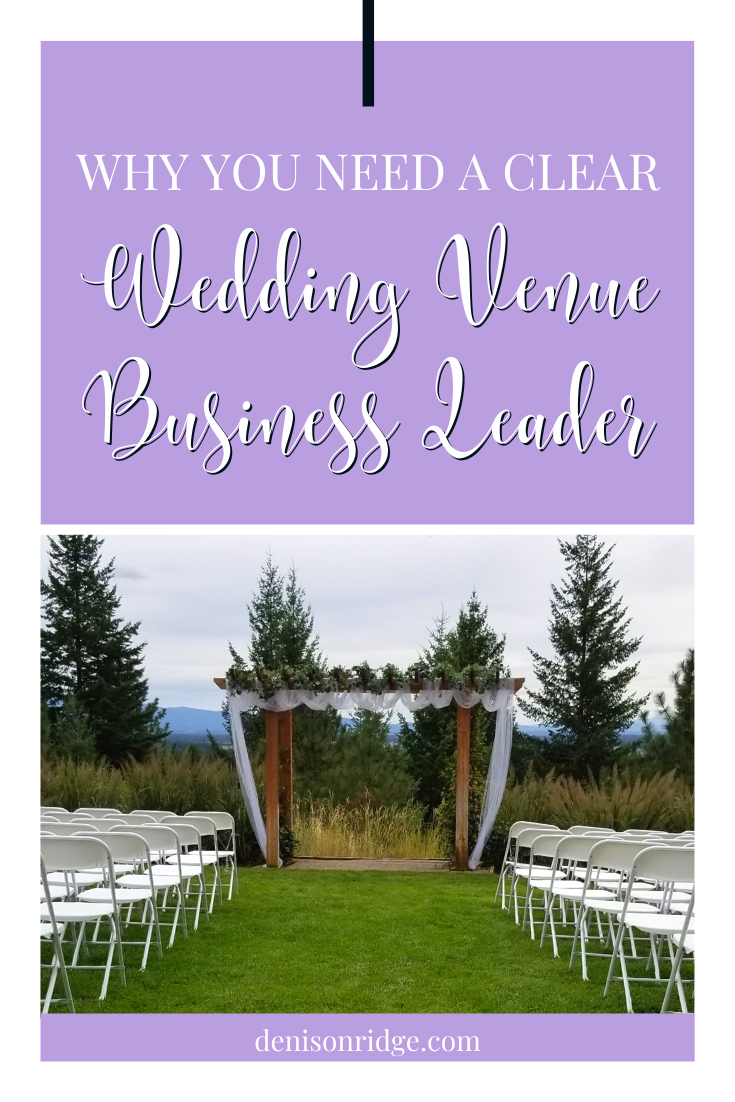 A venue operation can only have one boss. And You’ll Do Good To Remember That! Hello, my name is Les, and I’m married to Teri. Together, we own and operate Denison Ridge… 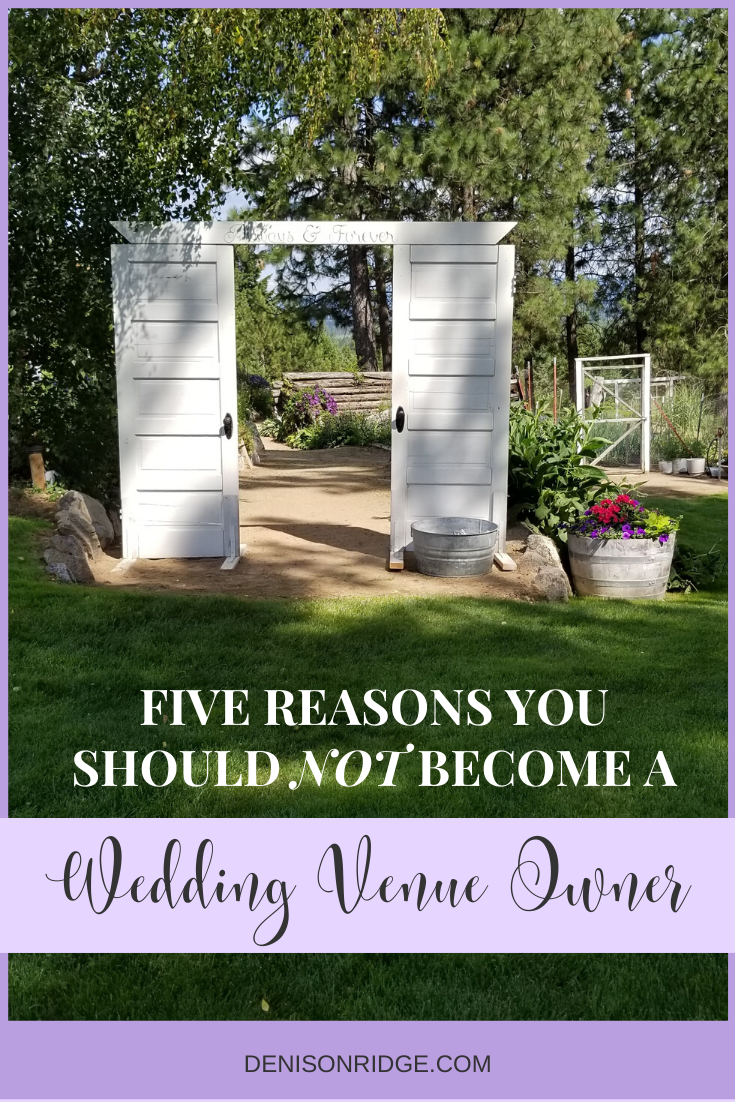 Ouch! 5 truthful reasons you “Should not be” a wedding venue owner, those are fighting words. But, can I ask you a question? Do you have any idea what it takes to… 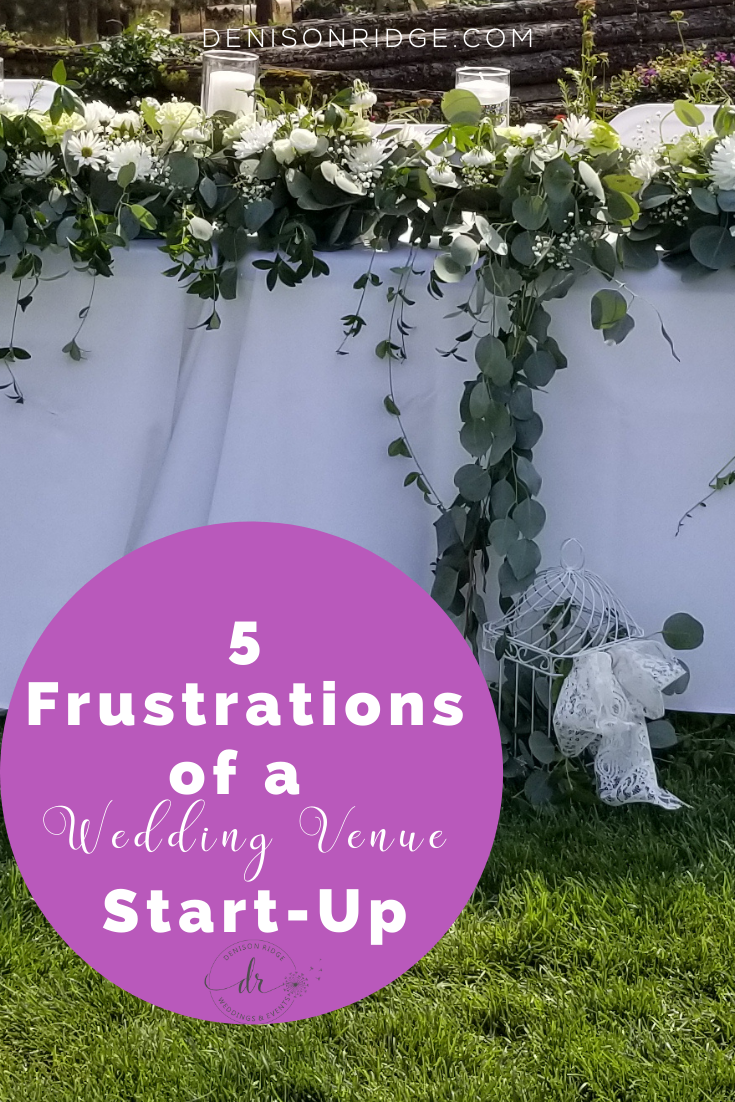 5 Frustrations of a Wedding Venue Start-Up Frustration and wedding venue start-up go hand in hand. Isn’t that the way it is with most beginnings though? It starts with a great idea…. 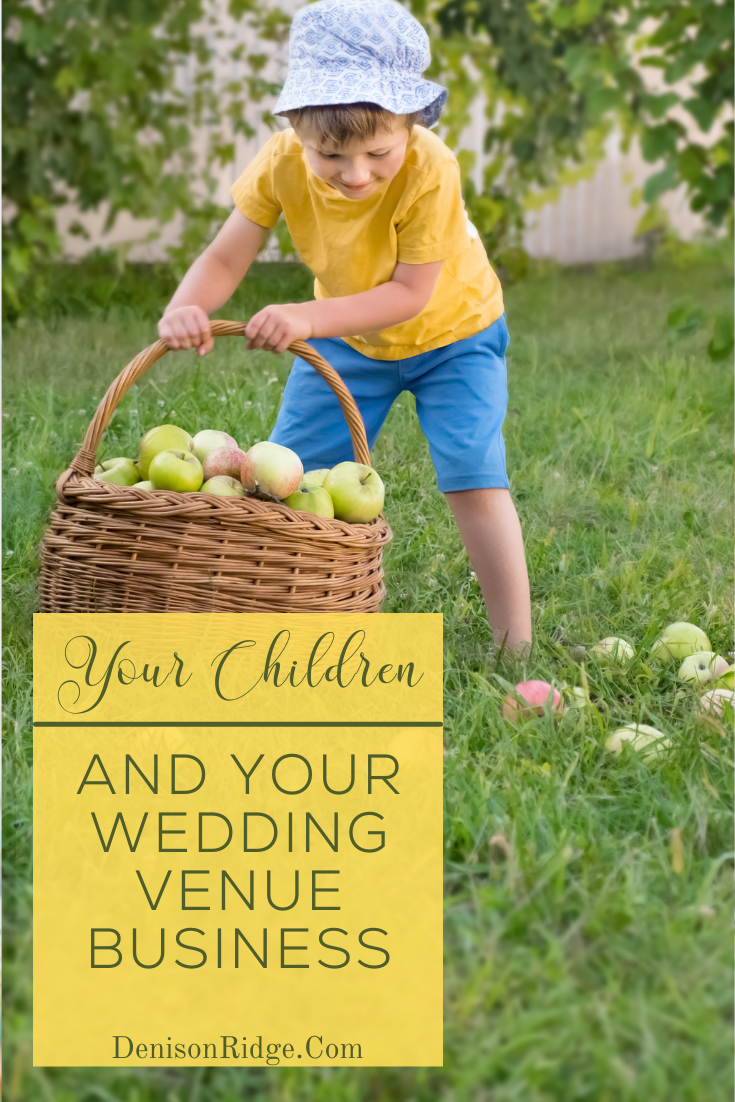 Are you wondering if a wedding venue business and your children go together? From toddlers to teenagers to adult I believe children are a gift from God and should be involved in… 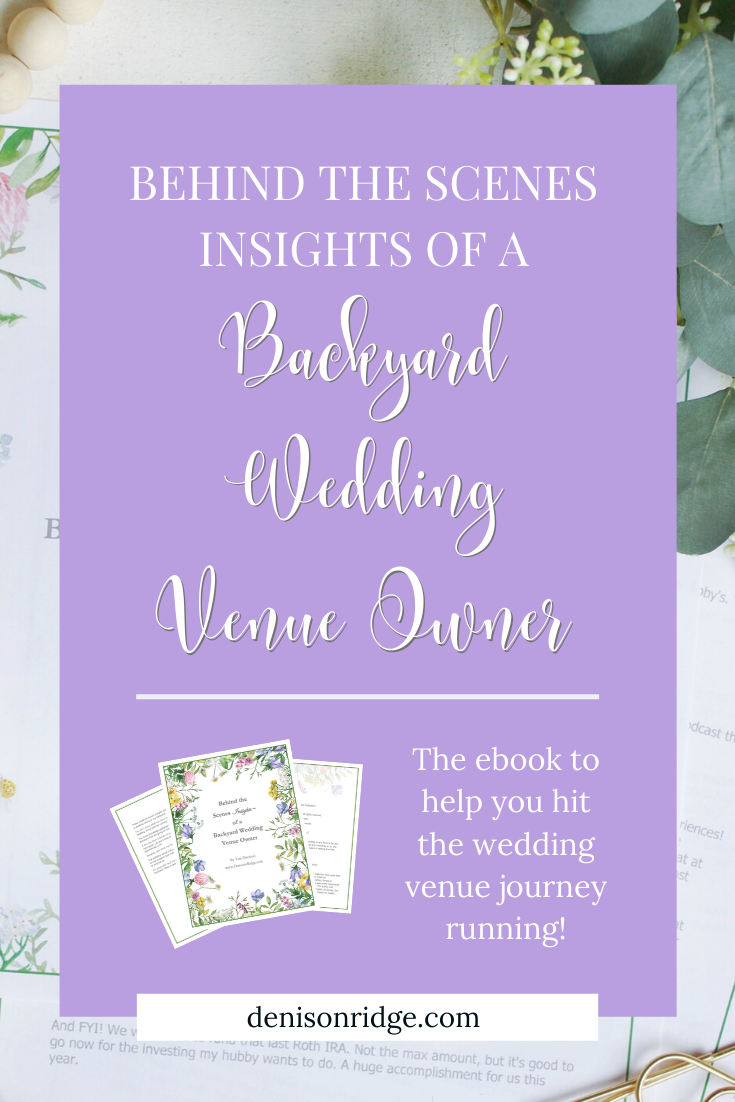 If you are considering starting a venue, there will be lots of unknowns. Would it be nice to get a real perspective, a behind the scenes insights or look into a real…